I visited San Francisco nearly twelve years ago when I went to Oakland for a business trip. I stayed with my uncle for a day and he drove me around the city.  I saw more in that evening (Chinatown, Pier39, Financial District, Twin Peaks, etc.) than most people see in several days.  We capped the evening at a great seafood restaurant.  I regretted not staying longer and vowed to return soon. At the time, he was a single guy in his 40’s. Twelve years later Jordyn and I visited him. He’s now married to Maria with three young boys (five year-old Kairo and two-year-old twins Taj & Mahal).

After a day of traveling, my uncle, Allen (my uncle’s friend), and I headed to the Golden Gate Bridge and some other locations to grab some photos. We parked near the GG Visitors Center and began walking towards the bridge’s first tower. The ground underneath quickly disappeared and we were hundreds of feet in the air. This is when I had to confront a glaring reality. I have a fear of heights!! Underneath this bridge the frigid bay waters create waves crashing violently into rocks and there are people surfing in this water. WHAT THE…??? Also, if cold water with rocks jutting out doesn’t bother you, there are sharks in the bay as well.

Despite all that, once the fog begins to clear, you get a spectacular shot of the GGB.

I created a list of photographic spots and the Palace of Fine Arts was priority. It’s a replica of the ancient ruins.  Although, I didn’t get to shoot it at night, it’s still a beautiful landmark.

We spent the remainder of the day meeting Uncle Ricky’s friends and meeting his fellow Cape Verdeans. One of his friends lives in Napa Valley. Spectacular view of the various vineyards along the highway made it irresistible to pass.  He pulled over so I could grab this close-up.  I learned wine grapes are smaller and more bitter than the ones we eat.  The larger table grapes we eat contain too much sugar for wine.

After a weekend of hanging with friends and family, Jordyn and I headed to the amusement park, Great America in Santa Clara.

I took her to the GG Bridge so she could see it as well. She was less than impressed but she waited patiently for me to grab all my shots.  We headed to the top of Marin Headlines for a panoramic view of the city.  One could spend an entire day photographing this bridge.  There are several overlooks on both ends of the bridge.  The best images are on the south side during sunrise and the north side during sunset. 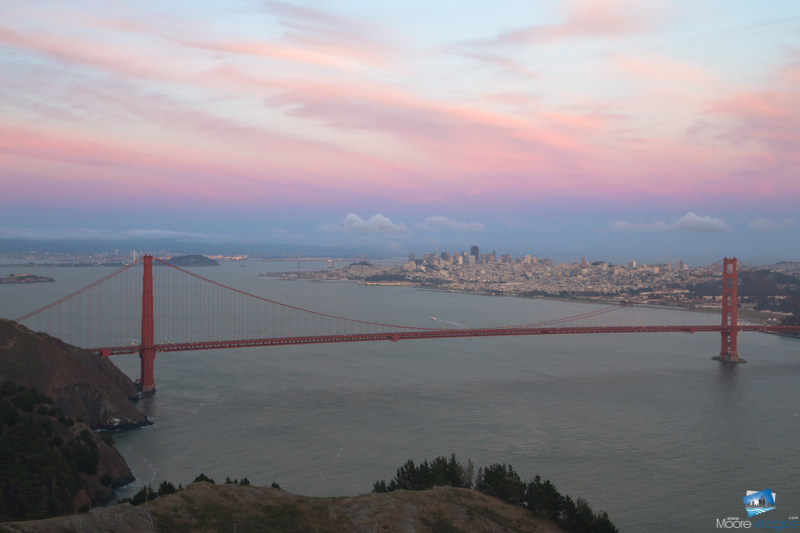 Tuesday was ur last full day in the city.  I suggested we visit various spots. I wanted to see the painted ladies.

On our way, we went to Twin Peaks for another beautiful view of the city.

Lastly, we visited the popular Pier 39/Fisher’s Wharf area.   It’s crowded with tourists watching the sea lions and shopping at the various stores.  However, we happened to see Dr. Cornel West and we grabbed a photo with him.

J and I visited the Exploritorium based on our uncle’s recommendation. She actually enjoyed herself and we concluded the day spending time with our family before the next day’s departure.

My uncle and I can give each other a hard time when we’re together.  However, he’s the most brilliant individual I know.  He’s a professor and former Chair at San Francisco State University’s Design and Industry Department.  He possess a wealth of knowledge and experience.  I grew up idolizing him because he traveled the world and he always sent us postcards from each location.  From his example, I learned I could go anywhere and be anything.  He lived in Kenya, Paris and other locations before setting up residency in San Francisco.  His experiences gives him a unique perspective on various topics regarding society and the issues facing Black America.  He was my role model and I developed my passion for travel because of him.

He’s NOT a photographer but, his eye for art and design compels him to offer many unsolicited suggestions on how I should take a picture :-).  With that said, I greatly appreciate my Cali family sharing their home with Jordyn and I.

I created a photo album during my trip.  However, I left too early and I still have many places, people, and things to photograph in Cali.  I had to remember I was there to show my daughter the West Coast and spend time with family.  This was not a photographic safari.  Therefore, I look forward to my return to the “Rollin’ Hills” of California.